In the world of firearms, we are familiar with lower receivers being the heart of every weapon, as it's where the magazine is fed into and the trigger group is located. But what about the material of the lower receivers? Does it fully matter when it comes to choosing a firearm or building one, whether it's a pistol or rifle? These days you can find AR 15 lower receivers made of all sorts of materials from PLA plastic or resin from 3D printing, to wood, polymer, and of course aluminum. Today, we will have a discussion exclusively about rifle lower receiver choices between polymer and aluminum lowers.

The Birth of Polymer Lower Receivers 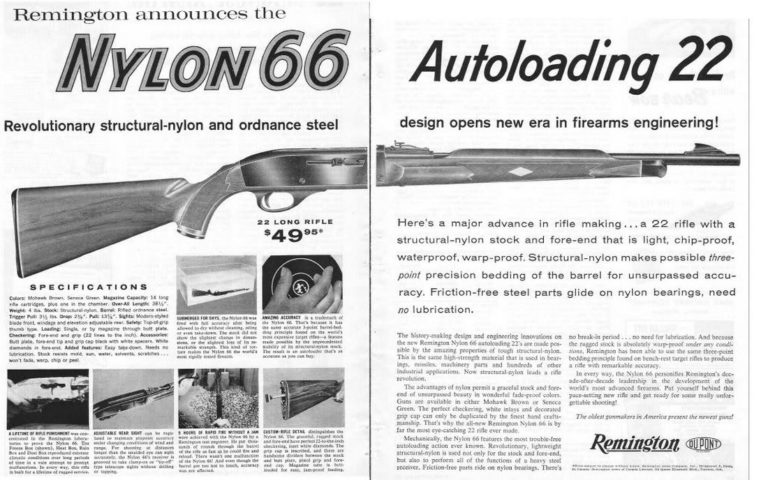 In the 1960s, most firearm furniture parts were made of metal or wood. Famed firearms such as the M1 Garand and Carbine variants were made with a wood frame with metal components such as the bolt, charging handle, and trigger. But towards the Vietnam War, the US military wanted to update their service rifle as the M14 battle rifle, chambered in 7.62 NATO, was deemed too heavy to be used as an infantry rifle especially since a wooden chassis would be more susceptible to humid environments frame such as what the US Army faced in southeast Asia.

But polymer was actually introduced to the firearms industry even earlier than the Vietnam War era. In the early 20th century, a plastic-like material called Franzite was discovered and used for parts like handgun grips. With polymer material being used in lieu of wood and ivory grips, it gave users more lightweight platforms and manufacturers a better cost-saving option. By the 1960s, using polymer materials became more common as the US military began adopting service weapons with polymer butt stocks, grips, and handguards, such as the M16 rifle to replace the M14 rifle which was primarily constructed out of wooden and metal parts.

As for polymer handguns, they got their start in 1979 from the Austrian pistol manufacturer and designer, Gaston Glock, who became the pioneer of polymer pistols as he produced the world’s first polymer-frame pistol. Others were initially skeptical of a polymer frame being able to withstand the same amount of abuse as traditional full metal pistols but by 1982 they had proved to be so effective that the Austrian police and military had adopted the Glock only three years after it was prototyped. 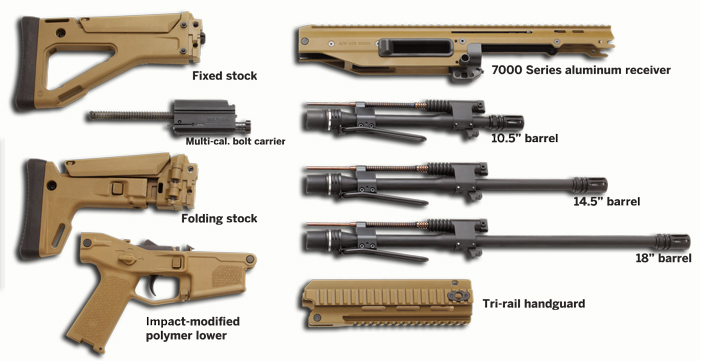 While the M16 did use polymer parts, it wasn’t until the early 2000s that we saw some of the first commercially made rifles that came with a polymer lower receiver. The FN SCAR-17, Magpul/Bushmaster ACR, and Beretta ARX160 all came about around the same time between 2004-2008. Since then, the SCAR and ARX series have seen many variants created and wide use in combat around the world. That’s all fun and great, but what about us American builders — what kind of lower receiver material is best?

Are polymer lower receivers any good? 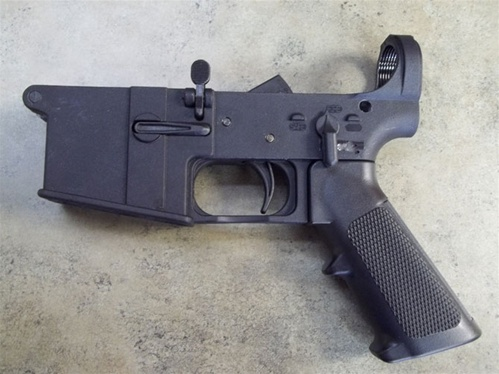 For pistols, they make good lower receivers due to their lightweight material and the craft of injection-molded polymer to make pistol frames strong enough to withstand the pressure and abuse of shooting handgun ammo.

For rifle lowers of the AR15-platform, the experience may vary. People may question whether polymer lowers are bad compared to the metal billet variants and it can depend on the company manufacturing them. Some rifle enthusiasts may complain that having a polymer receiver would make their rifle feel like an airsoft toy instead. Although they do not have the same weight factor as a billet lower receiver, they are great options if having a lightweight platform is your main focus.

Polymer lower receivers cost less than an aluminum receiver and they can be easily machined since the material is way softer than trying to drill metal. Over the years, polymer lowers have additional fibers added during the process for more stress reinforcement. Hence why you would see videos of people stress-testing their rifles with polymer receivers to see if it can withstand the torture, even by running over their rifle with a truck.

However, trying to mill a polymer 80% lower can have drawbacks, especially with how soft polymer is to easily mess up. Consumers might have to take extra time to drill the necessary holes while avoiding errors due to how soft polymer is. Polymer lower receiver cracked around the buffer tube area, one of the common areas of breakdown on polymer lowers. (Source: Reddit)

Polymer framed pistols can last for a long time since polymer-injected frames can handle the pressure of a handgun being shot tens of thousands of times.

For rifles, it's kind of a gamble as it leaves an ongoing discussion when it comes to the polymer versus aluminum lower receivers if it can be reliable for rifle usage.

Even though manufacturers are making the lowers with the same type of injection-molded technology as common pistol manufacturers today, the results are not the same.

Why? Due to the force of a centerfire cartridge such as the 5.56 NATO/.223 Wylde would possibly break down the polymer rifle lower from small cracks to a complete breakdown. There have been instances where the polymer receivers break around the area where the lower receiver and the buffer tube meet. Other times, companies would make complete polymer lowers with their own fire control group, buttons, and switches, which includes a polymer hammer and sear. But those components can be swapped out with aftermarket parts.

Polymer receivers can easily be scratched and marred from intensive usage by banging against concrete walls to getting deep scratches with a knife. While rifles can be passed around throughout the years to service members after the next, having polymer lowers with extensive damage can shorten the rifle's circulation period drastically, and can be costly to constantly replace for militaries and agencies.

Putting aside the potential risks, these issues may not show up right away and the shooter would need to send thousands of rounds downrange to see any drastic wear happening to their polymer receiver.

Which is better, polymer or aluminum? 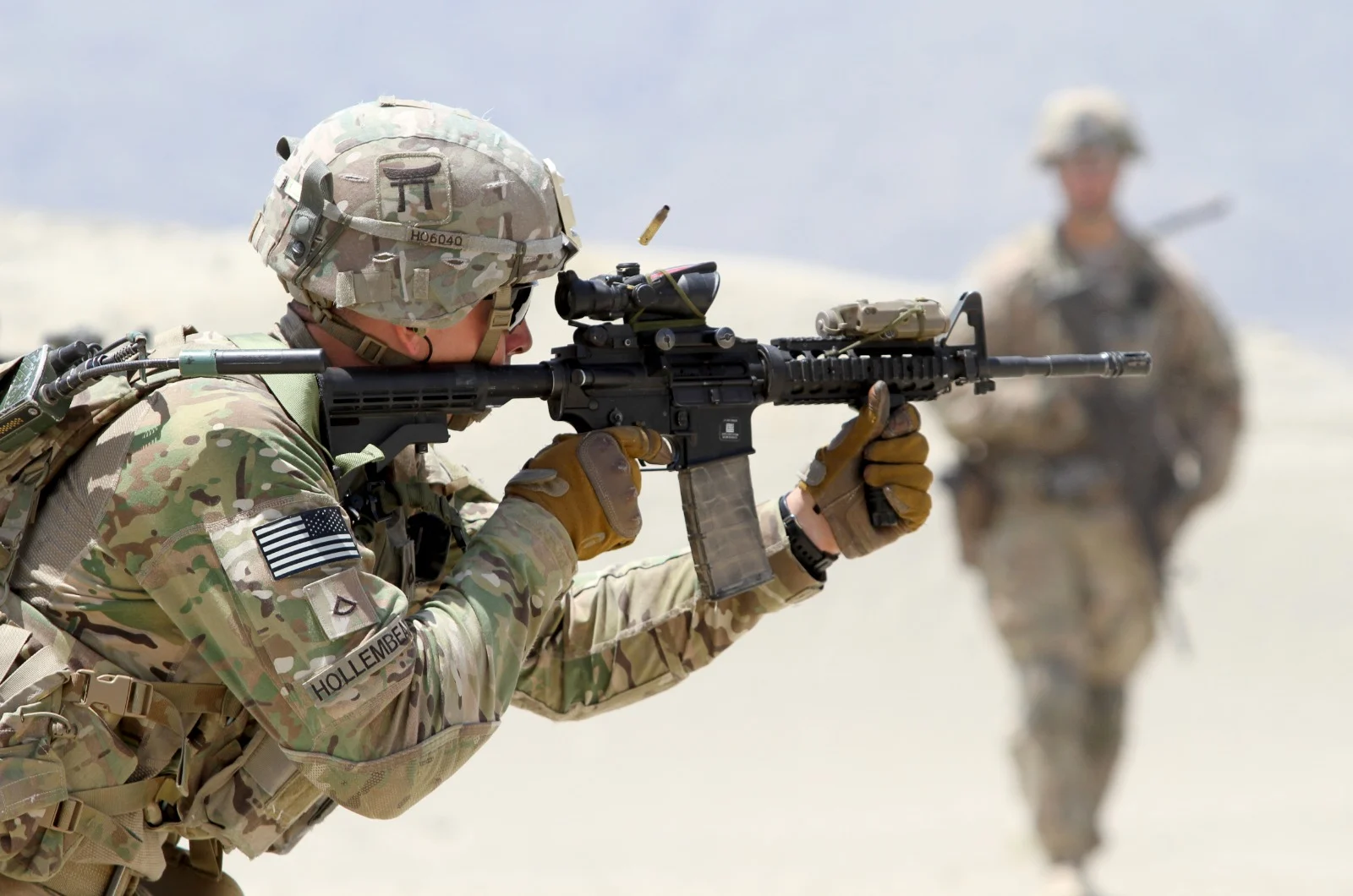 Both types of receivers are favorable and available in the civilian market but for the majority of rifle shooters, aluminum billet and forged aluminum lowers are most commonly used. Having a metal lower receiver can allow the rifle to be more tolerant of abuse in training and operation environments and lessen the chances of cracking while shooting. This is a definite need for a solid rifle to be fielded by militaries and law enforcement agencies for continuous usage through decades of the rifle’s circulation.

Plus in extreme situations where a gun is trapped in a burning car (let’s hope that does not happen to you at all), a rifle with an aluminum receiver can withstand the heat while the polymer receiver would melt like a candle. Just imagine that the only things left of your rifle you can recover in that situation would be your barrel, bolt carrier group, and charging handle while the rest of your rifle has been melted to a plastic blob.

Even though the polymer lower receiver may be cheaper than a metal 80% lower receiver, they have significant drawbacks that we would not be able to accept in a firearm . Meanwhile, customers can choose to spend more on an aluminum lower receiver for the sake of building a solid rifle that can take thrashing and damage over time without worrying about their lower receivers cracking while acknowledging that proper rifles are meant to be heavy and take damage while operating.

At Modulus Arms we do not make polymer lower receivers for rifles because we provide our customers the best billet aluminum 80% receivers on the market. One of the pros of buying an 80% receiver is that you can buy these online and work on these at home! Need a jig setup for your first 80 lower? We got them! Use our Router Jig Extreme to complete your 80 percent lower receiver in record time.