.300 Blackout is an intermediate caliber that performs with a better ballistic capability than 5.56x45mm while retaining the same round capacity using a standard M4 magazine. Designed for the purpose of close quarter combat for Special Forces, .300 BLK excels greatly with short barrels (barrels as short as 9 inches) and dispenses .30 caliber projectiles with a greater muzzle velocity than 7.62x39 mm which creates a larger wound cavity.

One of .300 Blackout’s greatest edge is the seamless ability for rifles chambered in this caliber to efficiently transition between subsonic ammo and supersonic ammo. You could run with subsonic rounds for quiet engagements while equipped with a suppressor to maintain the element of surprise and your hearing. For those 'go loud' engagements you could opt for supersonic rounds to take the ballistic advantage of full power rounds.

The difference between subsonic rounds and supersonic rounds, as implied by their etymology, remain in their ability to break the sound barrier — determined by how fast the projectile travels. The industry standard for supersonic ammunition is set at around 1,100 feet per second at sea level under standard conditions. 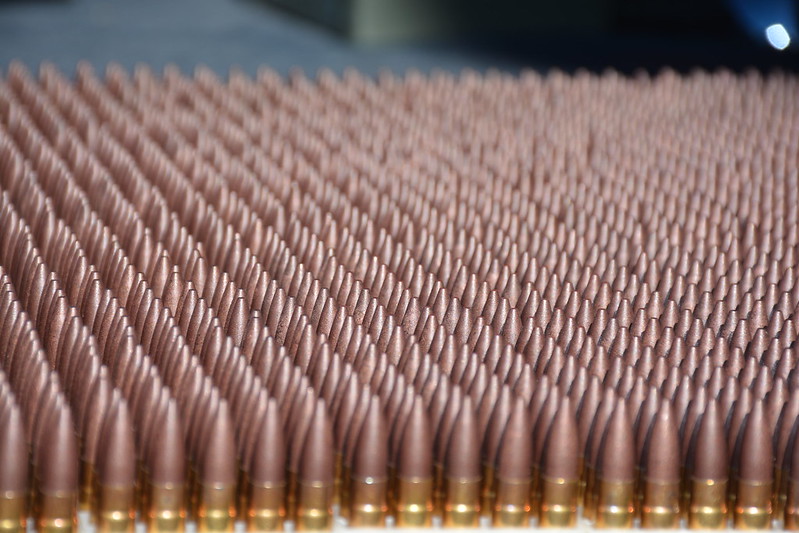 The first question to consider before you ask if you ought to use 300 blackout supersonic vs subsonic is whether or not you plan on shooting suppressed. If not, and you need to hit targets at distances past 3-400 yards then opting to shoot 5.56 NATO instead will save yourself some money. If you do plan on shooting suppressed or aiming at targets within short distances then proceed with the 300 blackout platform. Interested in picking up your own suppressor device?

Supersonic rounds are the standard rounds most shooters are familiar with as they are the more practical rounds for most applications compared to subsonic rounds. As supersonic ammo means using a lighter-weight grain (typically less than 180 grain), they’re no doubt the less expensive choice of rounds to train and plink with. They are also more likely to be available than subsonic round stocks. A bullet traveling at higher speed means more energy that can be transferred to the target upon impact, more effective range, more tolerance to drop and wind drift.

Subsonic rounds hold one key advantage, they run really quiet when suppressed. The loudest factors from using suppressed subsonic ammunition comes from the sound of the bullet impact and the bolt carrier group cycling back and forth (when using AR platforms). Depending on the load, some 300 blackout subsonic rounds are quiet enough to comfortably use without ear protection. A heavier grain, typically around 180-220 grains, introduces more weight to the projectile, preventing the bullet from exceeding speeds that would break the sound barrier like a supersonic round normally would. Additionally, the lighter recoil also allows users to make faster hits on target in succession. These two factors make suppressed supersonic rounds very effective and an attractive choice in confined close quarter environments.

Subsonic rounds hold two advantages over supersonic rounds: quietness and less recoil. Subsonic 300 Blackout holds more power than 9×19mm while retaining equal ratings of decibel while suppressed. These advantages are powerful features of subsonic rounds and are made the most effective when applied with a suppressor device. A combination of 300 blackout subsonic rounds and a suppressor device means being able to retain all your senses in an outdoor environment while even dumping your magazine — includes the added benefit of not disturbing others within the area.

Supersonic ammo can be used with a suppressor device to trap the gasses that exit the muzzle, but it won’t be any good for the sound of the projectile splitting the sound barrier. Whatever you shoot at will be able to know they’re being shot at immediately and they'll react appropriately. If this is a primary concern and you think you'll be shooting at targets within 100 yards then subsonic rounds complimented with a suppressor device is worth exploring.

Subsonic 300 Blackout rounds perform extremely well for their intended purpose. This purpose excludes taking down big game effectively and ethically. Without the velocity of supersonic rounds, subsonic 300 Blackout rounds are not able to routinely make clean shots against large game. For precisely this reason, hunting with subsonic 300 blackout is generally not advised in most scenarios unless you’re taking on wild pigs or smaller sized game within short distances.

Shooting quickly and quietly is not always as important as shooting flat with the appropriate ballistic energy to put down your target effectively. Subsonic 300 Blackout ammo is effective for the former two characteristics… but falls short in almost every other category: effective range, terminal ballistics, bullet trajectory and cost efficiency. The last one is especially critical in the context of the 2021 market for firearms, accessories and ammunition. 300 BLK has been considered a rather expensive round even before the logistical infrastructure was swamped and manufacturing capabilities were struck by limited staff and astronomical demand.

The price of subsonic 300 BLK now averages $1.15 - $2.85 per round (Consider this cost if you plan on using subsonic 300 BLK to shoot follow up shots rapidly on target). Unless you have rare earth metals coming out consistently from at least one end of your body the average person might not be able to afford consistent training with subsonic 300 BLK to be proficient. Although still considered to be on the higher end of the price spectrum, supersonic 300 BLK is the slightly more affordable option sitting at $0.75 - $1.15 per round.

Build your own 300 blackout AR today

Pandemic pricing is not over yet so if you are already an AR-15 owner, it's won't take much more for you to be able to start shooting 300 BLK. Reason for that is because the 300 BLK uses almost all the same AR parts used for a rifle chambered in .223/5.56mm. Essentially, all you'd need is an upper receiver with a 300 blackout barrel and you'd be good to go since the 300 blackout magazine is the exact same as normal STANAG/NATO magazines. So if you’re set on trying out 300 Blackout yourself, complete a build with your own 80 percent lower receiver today with an easy to use universal Router Jig Extreme (compatible with any AR caliber).