Many people have been wanting to get a firearm as quickly as possible nowadays, which has drastically increased the lead-times for purchases even longer due to demand. Production and shipping lead times are compounded by the fact that only licensed dealers are able to sell firearms, creating a supply chain bottleneck. Manufacturers haven’t been able to produce guns and related parts fast enough to meet the immediate demand of those who want to buy them for almost two years now.

At some point during the pandemic we have all experienced a quick errand that’s normally a short trip to a local store but due to lines and short supplies that errand was extended into a short mission taking well over an hour or two. The same applies to gun stores and your local FFL dealers which is largely why many people have looked for alternate methods of acquiring firearms such as buying guns online or building them at home.

Which Guns Do Not Require Going Through an FFL to Buy?

It’s important to first understand why we have to go through an FFL for firearm purchases in the first place. Due to the passage of the 1968 Gun Control Act, interstate commerce of firearms could only be conducted by those who held a Federal Firearms License (FFL). The precursor to this came in the form of the National Firearms Act in 1934 as a response to all the mob-style violence during the Prohibition. These two pieces of legislation, in tandem, allowed the government to track firearms purchases and trace all related parties in a legal transaction.

That being said, it has never been illegal to manufacture a firearm for personal use on the federal level (so long as it’s not an NFA item). Over the course of the pandemic, the idea of making a gun at home has been exposed to more people and become increasingly more ideal as well... Especially when all you have to do is purchase the components online, then assemble it in the comfort of your own home — rather than wait months on end for a local store to get an average AR-15 back in stock. 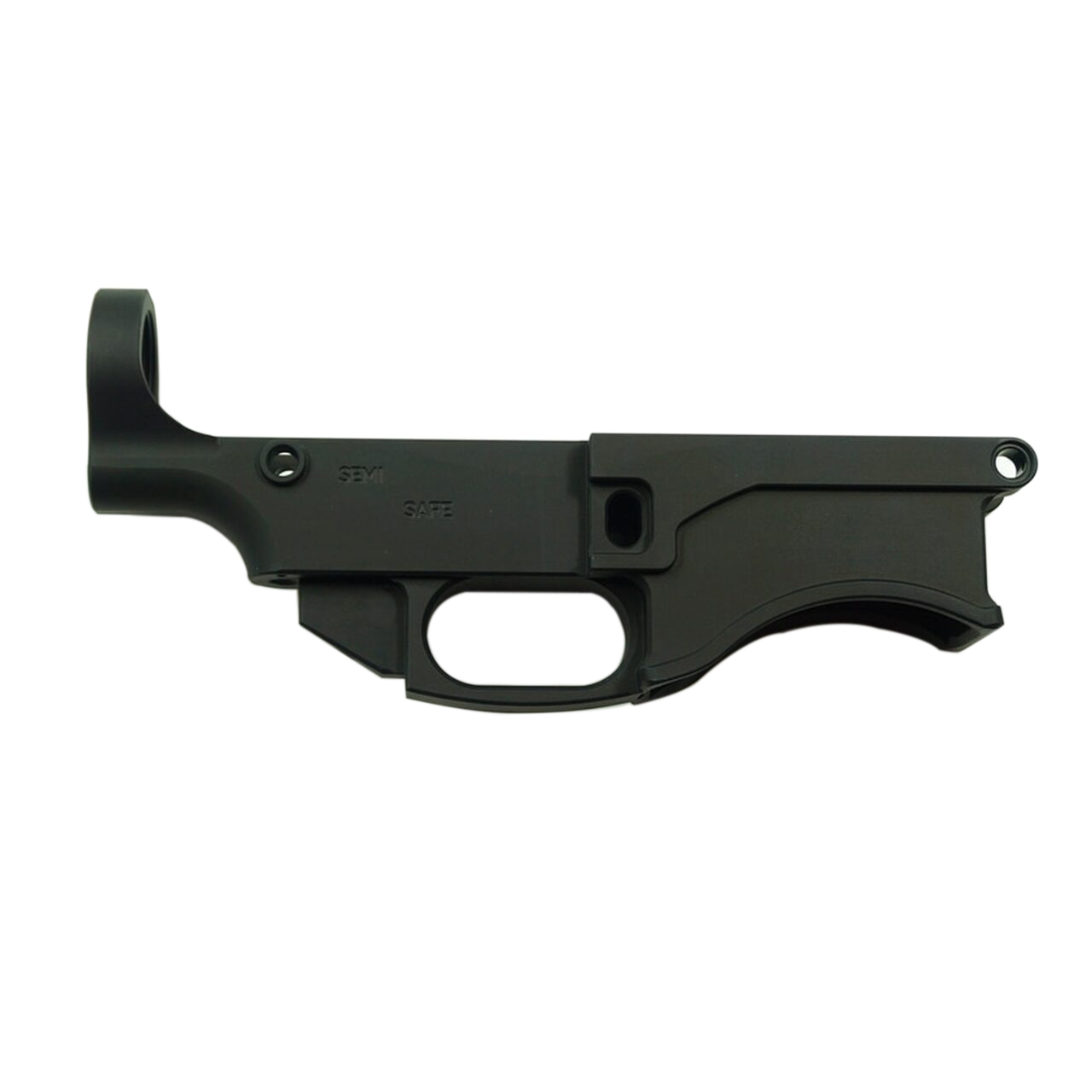 The fastest and most convenient way to go about buying guns online without FFL is by getting an 80% lower receiver. Now, there is a bit of a caveat here. It’s called an 80% because it is only partially completed and not a fully functioning firearm. 80 percent lower receivers do not meet the legal definition of a firearm which is why they’re only treated as chunks of metal or plastic. With the proper tooling and little to no degree of skill, these 80 percent lowers can be turned into a functioning firearm in about an hour or less depending on the experience of the user. There are many different kinds of 80 percent builds that you can do from AR platform lowers, Glock style polymer frames, to AK receivers and even Sig style fire control units.

The most common 80 percent receiver someone will come across online will usually be for an AR-15 or AR-10 lower receiver. 80 lowers are typically made from 6061-T6 aluminum billets, but are also offered in forged 7075 aluminum and with Modulus Arms’ Router Jig Extreme the end user can mill out a lower receiver and complete it with a lower parts kit in the span of just one afternoon.

Many companies have also begun making AR-15 receivers out of polymer as a lighter, cheaper alternative to aluminum. While polymer parts are often used as comfortable accessories to AR rifle builds such as handguards or other ergonomic parts, they do have a lower melting point than aluminum — so if you’re considering a polymer AR15 80 lower, take that with a grain of salt. AR-15, AR10 and AR9 80 lowers will almost always cost less than $200 and are widely available even during a shortage of firearms which is why most people looking to buy guns online have resorted to 80 percents. 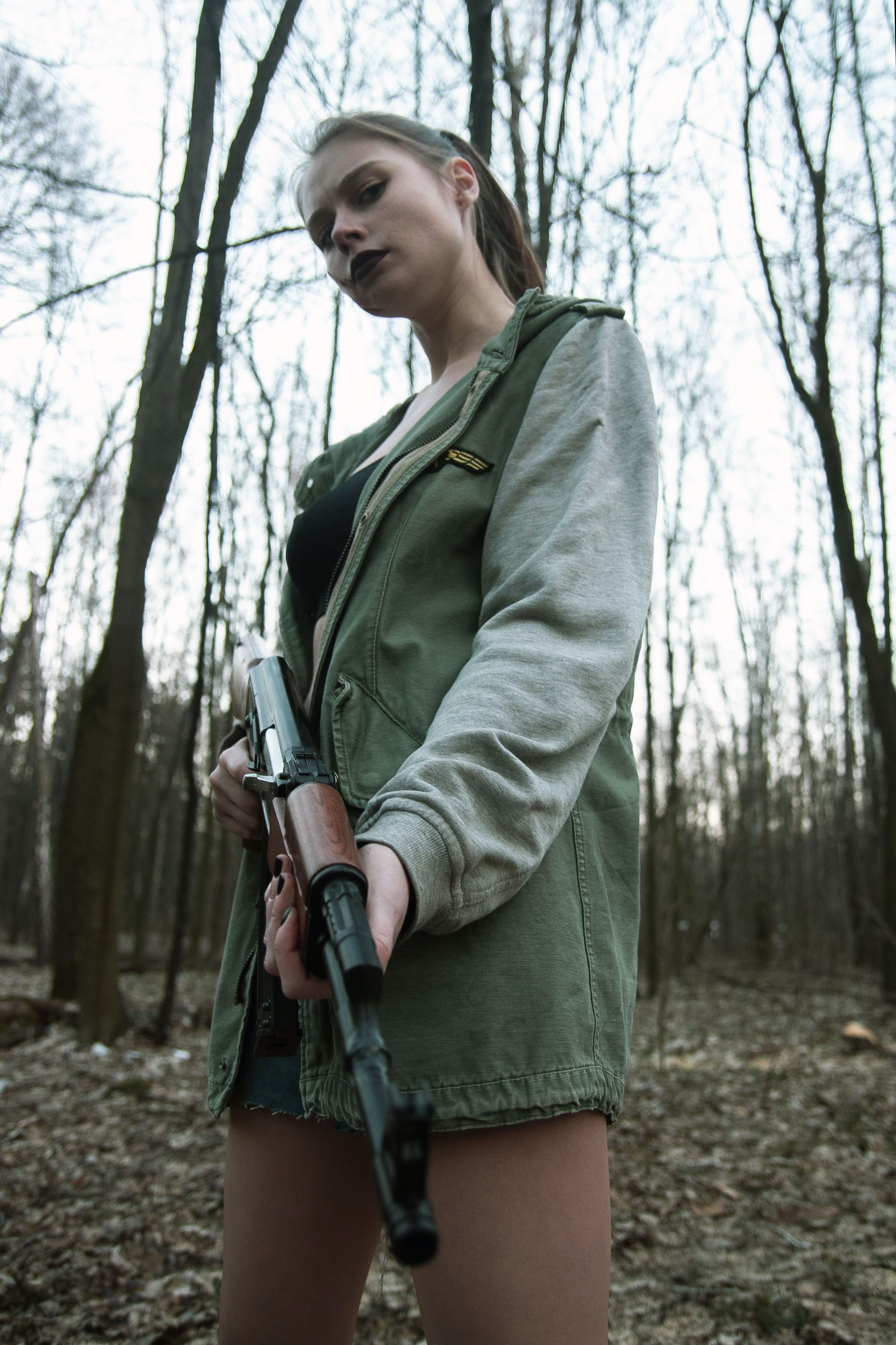 With parts kits having previously been so cheap and prevalent in the US (until recently), DIY AK variants have been getting more popular alternatives when buying guns online. There are two main styles of AK receivers when it comes to 80 percent lowers. The first one is called a “flat”, which is just a flat stamped steel sheet and then there are “taco” receivers, which are pre-bent steel receivers.

AK receivers are much more difficult to turn into firearms than AR-15 receivers, as it requires the use of rivets and expensive, specialized tooling. Flat AK receivers aren’t heat treated but have selector and firing pin holes. Its receiver bends within a hydraulic press and forming die which requires bolt rails to be spot welded in place and rivet holes to be drilled to the selected trunnion. After all of that, the receiver has to be heat treated while you cross your fingers and hope it doesn’t work. Finally, the magwell has to be trimmed as well.

‘Tacos’ have a much easier build process for getting a quality AK receiver. They come with pre-bent heat treated receivers and properly cut magwells so all that’s left for the end user to do is to drill holes for the for trigger pins and fire/safe selector. Additionally, the trunnion holes need to be drilled to the receiver. If you’re interested in this super hands-on project check out 80% milled AK receivers from Tortort Manufacturing or AK Blanks from Childers Guns.

Glock has become the most popular handguns in America, second only to the 1911. Their innovation has led the way for several other companies to make their own striker-fired handguns and handgun frames. As far as polymer 80 percent Glock-style frames go there are a number of companies that offer these products. Their frames are made out of a glass filled polymer, much like the Glocks that they are emulating but with varying differences in quality, design and ergonomics.

Though there may be a backorder at times, the great thing about these frames is that they are widely available for sale, and can be cheaper than buying a store bought gun. They also can take as little as 30 minutes to complete and can be shot safely within minutes of completion - which is why these guns and build kits have often been popping up in the news this year. Compared to going to a store for hours and potentially walking out with nothing, buying an 80% Glock style frame could be a great alternative. 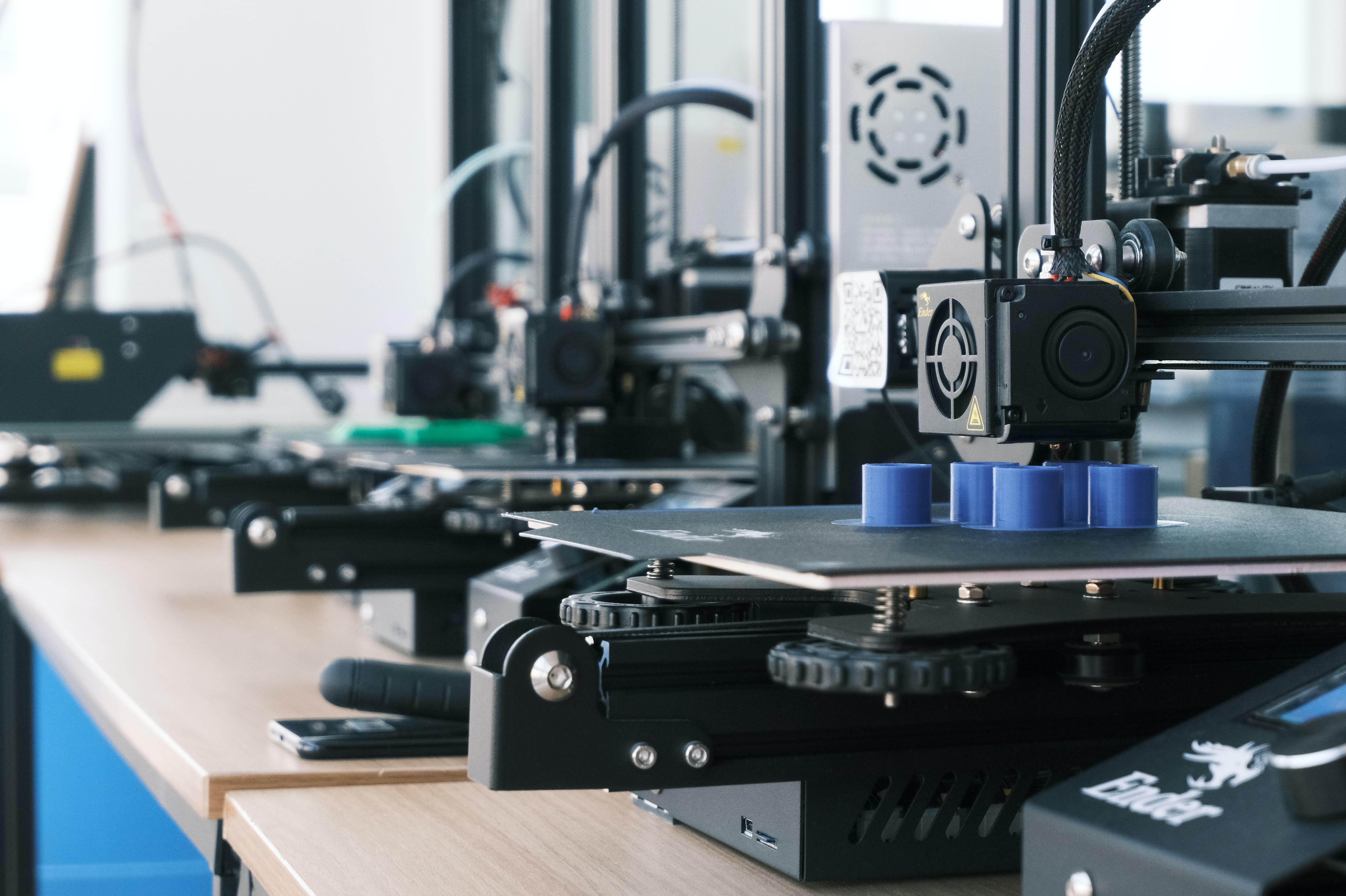 At this point you’ve probably heard of 3D printing. Well gun parts can also be 3D printed. Although these items are at the center of gun-control controversy, their functional successes along with their availability, accessibility and price really make them an attractive choice for those looking to buy guns online.

With a few pounds of PLA 3D printing filament and the purchase of a printer the sky is literally the limit because there are a lot of people posting open source designs online for free. Due to the initial cost, 3D printing is definitely one of the most expensive options but also the most time consuming. While the build and design process can be difficult to pull off, it can also be dangerous if one isn’t careful.

That being said, there are plenty of resources to draw from online when it comes to improving print quality. There’s also the added benefit of just owning a 3D printer. The only other caveat to this is that these frames are not legal in every state so be sure to look up your local and state laws regarding the possession and usage of such items. For some, 3D printing and building guns is just a really fun hobby as Americans just love to tinker and modify their things. But for others it’s another form of civil disobedience. 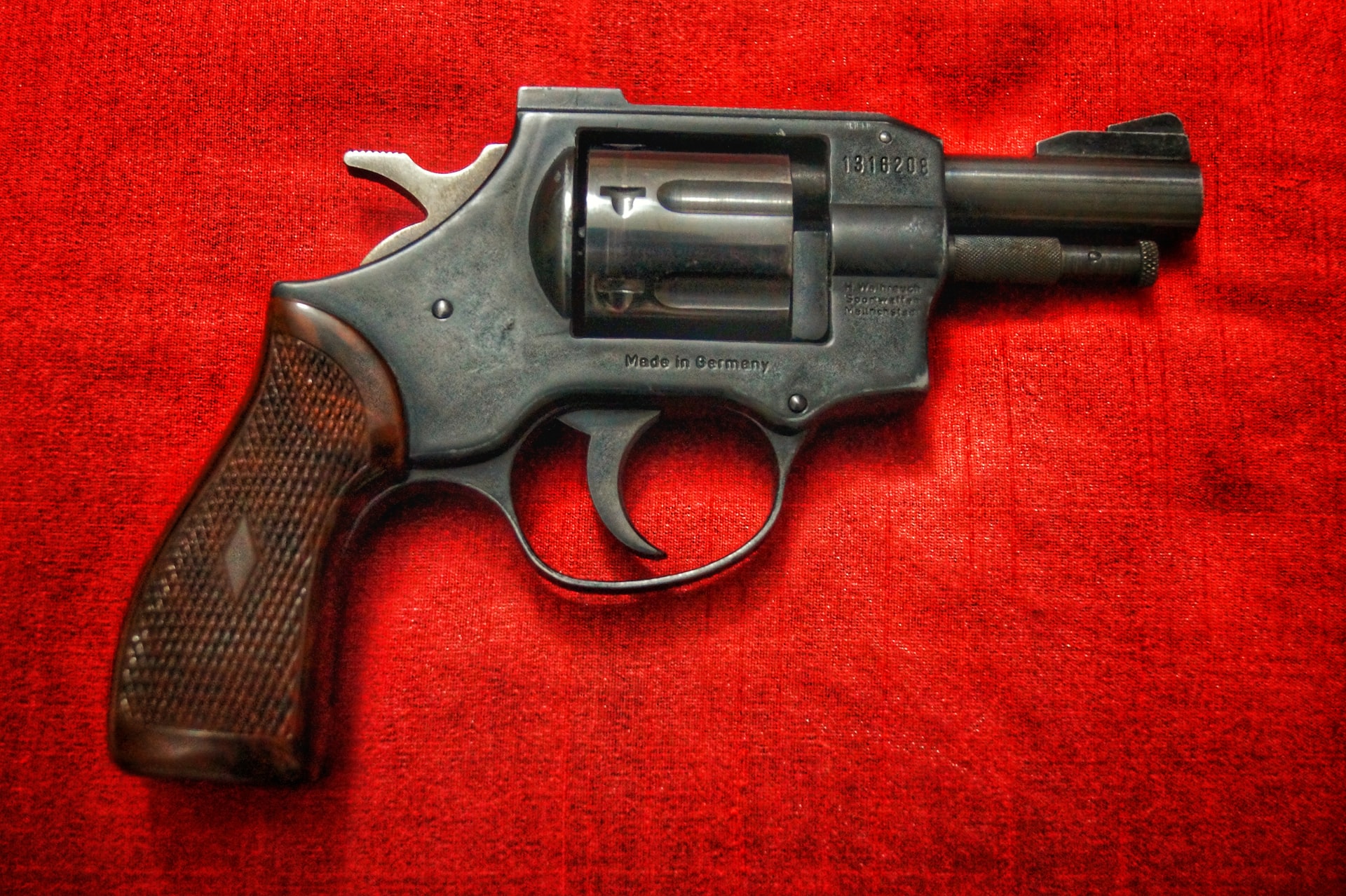 If you don't want to build out an 80 percent and are more interested in a fully functioning firearm… the only way to buy that gun online without a FFL would be through a FFL 03 License, or C&R. The license is easy and cheap to apply for and it stands for “Curio and Relics” which refers to firearms that are basically antiques or of historical value. This classification by the ATF defines Curio and Relic Firearms as firearms that were manufactured at least 50 years prior to the current date, firearms that were certified by the curator of a municipal/state/federal museum, or firearms that have a substantial monetary value due to being novel, rare, bizarre or associated with a historical figure or event.

To distinguish the difference between C&R guns and “antique firearms,” the ATF defines antique guns as “any firearm not interned or redesigned for using rim fire or conventional center fire ignition with fixed ammunition and manufactured in or before 1898. See an ATF list of Curio and Relic Firearms. Guns that use black powder will often fall under this category, but it’s always good to double check your sources to make sure you aren’t being conned with a surplus gun that is being sold for more than it’s actually worth.

Why is any of this important? Well, these guns can be purchased online and shipped straight to your door if you carry the FFL 03 C&R License. The benefit of having this license is that you can purchase C&R, antique guns and ammunition online and have them delivered to your home without any need for a separate FFL, background check or additional fees. Over the past two decades, these firearms have skyrocketed in value so be prepared to shell out a lot of money as you probably won’t stop at just one purchase. 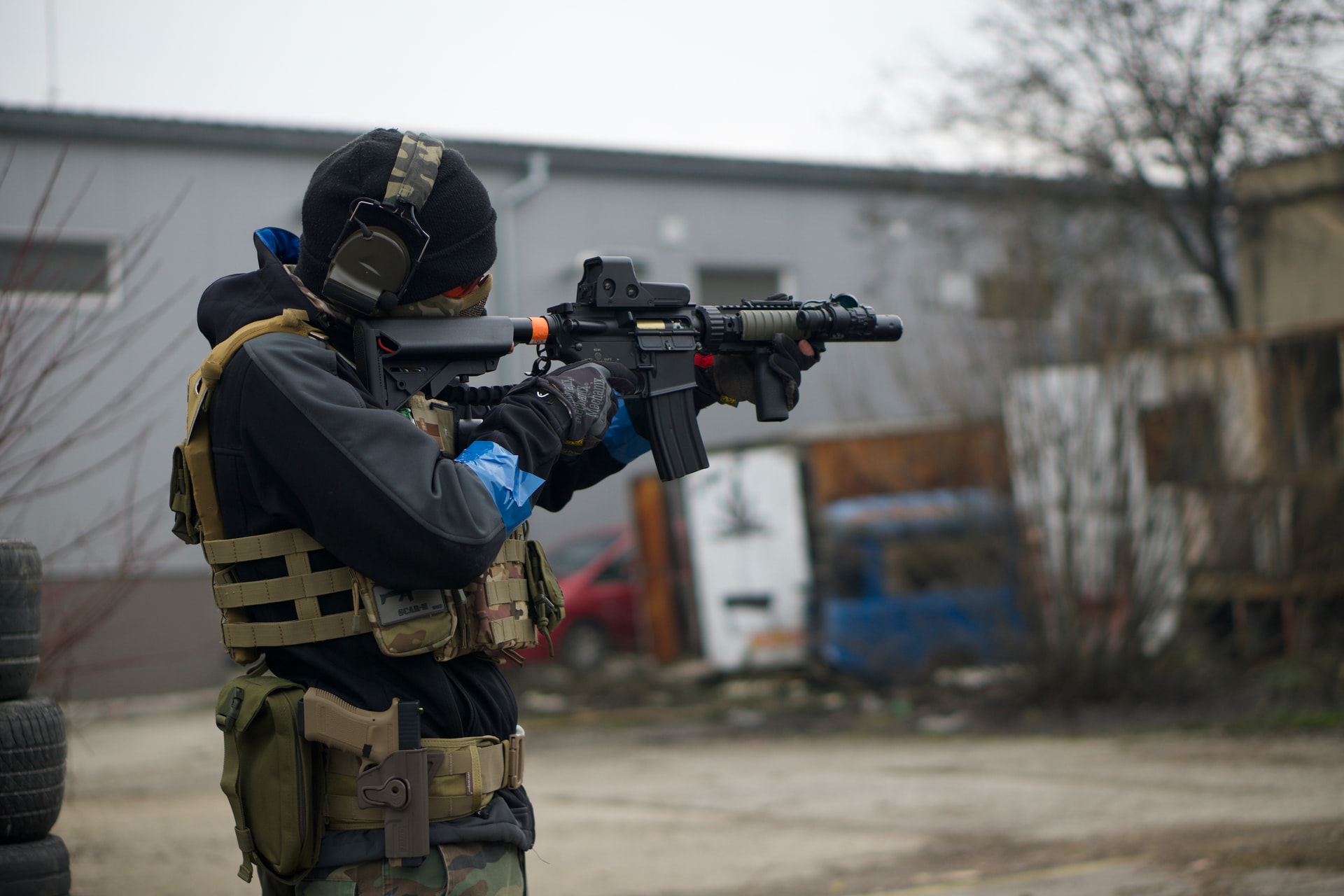 The laws surrounding airguns and airsoft are going to differ from state to state but don’t discount them just yet! Even though airguns are not legally considered as firearms they’re actually really effective in hunting birds and small varmint. Although they can appear to be extremely realistic if they’re designed as replicas, both airguns and airsoft guns are not legally considered as firearms (thank goodness) so they can be easily bought online and shipped directly to you as well.

Still, these projectile shooting devices are no joke. You can easily break skin with these guns, blind yourself or another person and really get hurt if not careful. Airsoft guns these days are essentially a 1:1 copy of actual firearms with similar mechanisms that simply fire a plastic bb using HPA, green gas or propane. They’re also an effective method of training muscle memory for using real firearms and can be a great money saver.

Skip the Middle-Man, Build Your Own Gun!

Want to buy a gun online without a FFL? Build your own with 80% lower receivers! We’ve been providing Jigs, AR-15, AR-10 billets and forgings to our customers since 2014. Buying gun parts online has never been easier. Grab a buddy and get your rifle build done in under an hour with our Router Jig Extreme.